SK6822 is a smart LED control circuit and light emitting circuit in one controlled LED source, which
has the shape of a 5050 LED chip. Each lighting element is a pixel, and the intensities of the pixels are
contained within the intelligent digital interface input. The output is driven by patented PWM
technology, which effectively guarantees high consistency of the color of the pixels. The control
circuit consists of a signal shaping amplification circuit, a built-in constant current circuit, and a high
precision RC oscillator.
The data protocol being used is unipolar NRZ communication mode. The 24-bit data is transmitted
from the controller to DIN of the first element, and if it is accepted it is extracted pixel to pixel. After an
internal data latch, the remaining data is passed through the internal amplification circuit and sent out
on the DO port to the remaining pixels. The pixel is reset after the end of DIN. Using automatic
shaping forwarding technology makes the number of cascaded pixels without signal transmission only limited by signal transmission speed.
The LED has a low driving voltage (which allows for environmental protection and energy saving),
high brightness, scattering angle, good consistency, low power, and long life. The control circuit is

integrated in the LED above. 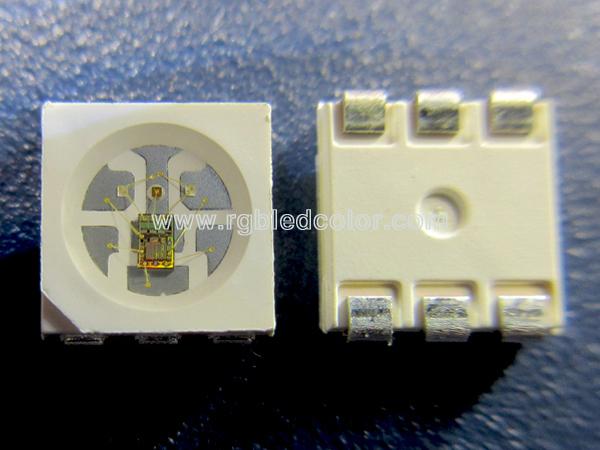 2. Intergrated 3 channels RGB LED,can be as high density as 144 leds per m.

3. Individual control color channing,achieve any color as you want.

7. Every LED cuttable along the cutting mark ,Low power consumption...

8. Flexible: install every corner as you want.

Below pictures show that :one IC and led is remoted,but the other leds still work well without any influence. 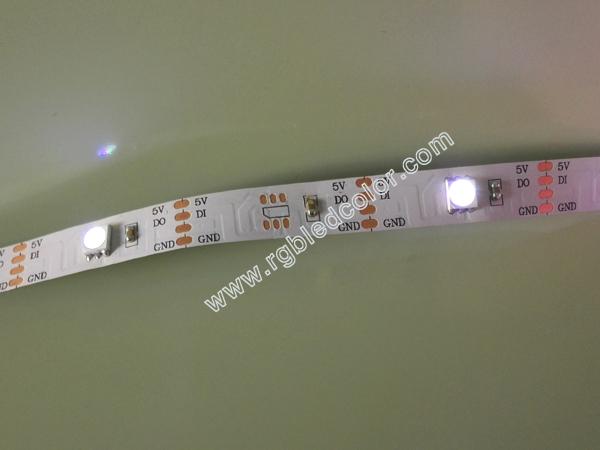 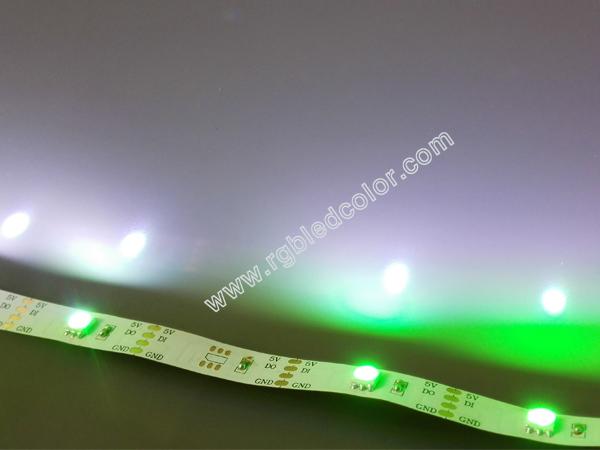 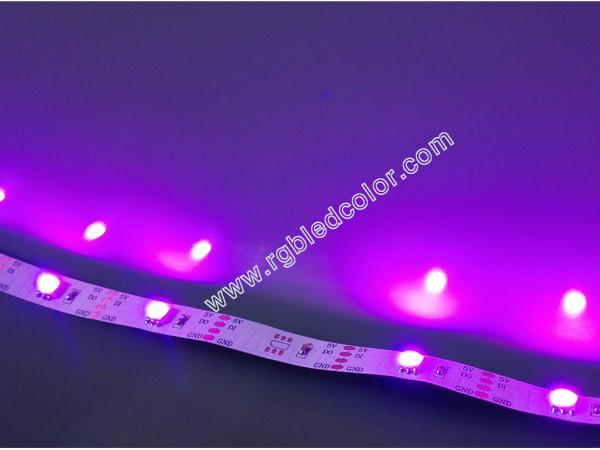 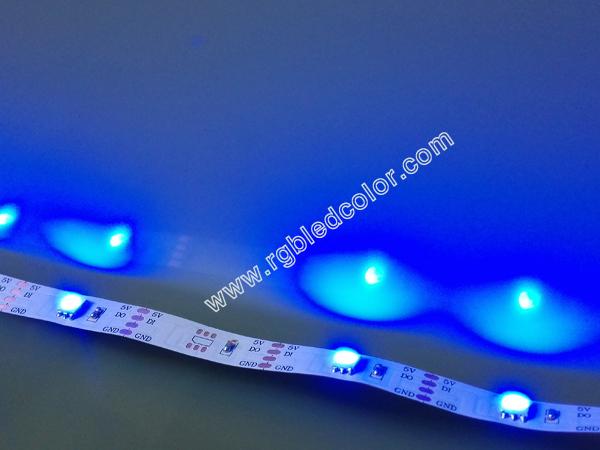 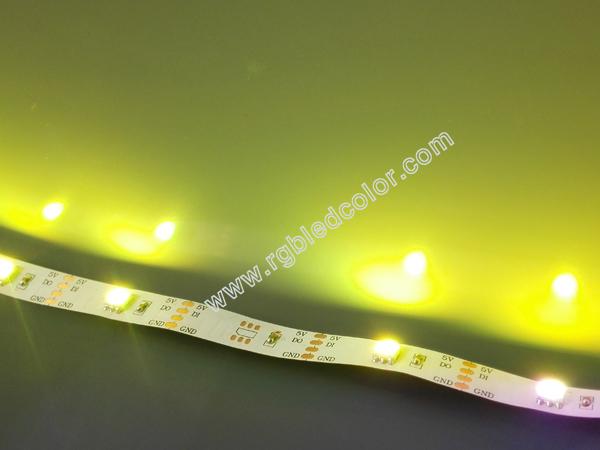 (one led has remoted from the strips,but it still works well),